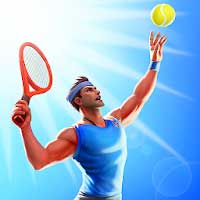 It’s time to play and have fun with the ultimate online sports game. Players are calling it “the best multiplayer sports game!”. Jump in a quick 3-minute online 1v1 tennis game or follow your own career campaign from novice to pro in an action-packed, real-time multiplayer 3D free game. Compete against friends and family in a fun, multiplayer, world-class sports tournament! This is the best free sports game around! Have fun!

Tired of other sports games where it involves too much luck and too little skill? Tennis Clash is all about mastering your skills and raising your game to become a legend. Compete in worldwide championship tours spanning from New York to Sydney. Can you become the next Grand Slam Champion?

Tennis Clash Features:
* Play with friends in fun multiplayer tennis matches in the best sports game!
* Ultimate 3D graphics that rivals the top sports games
* Win games, collect trophies and climb the ranks to become the top player
* Equip your character with different gears including rackets, sports shoes, racket strings and others to give yourself an advantage!
* Play in world class venues in: United States, France, Australia, Great Britain and much more!

Ready to become the next Grand Slam Champion? Download today and experience the excitement and the thrill of victory by overcoming challenges in this 1v1 sports competition on your mobile device, all for free! It is up to you to become the ultimate tennis superstar! Start playing Tennis Clash and be the next to call this free 1v1 sports game like many others already do: “the best multiplayer sports game!”. Have fun and remember: This the best free sports game around!

Our latest patch is live!
– Join a club and play with friends!
– Play in Tournaments to prove you are the best!
– General bug fixes and improvements 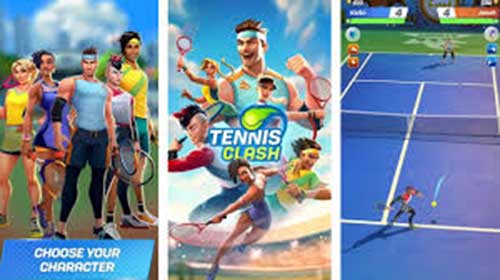