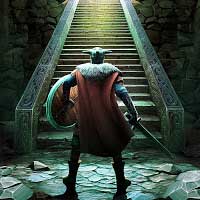 Set up and reinforce your base, subdue power of gods to yourself and fight against the army of the dead side by side with your friends. Restore the former greatness of the vikings’ lands by building a new capital from the ground up and set off to unknown shores for treasures and new victories – all this and more is waiting for you in the new online RPG Frostborn!

The world as we knew it is gone
Long ago beautiful forests and hills of Midgard were invaded with the dead and giants. Since then, river waters burn a throat, all aesirs have vanished, and valkyries no longer take slain warriors to Valhalla. This is all because of the goddess Hel, the mistress of the dead that is determined to gain power over all that exists.

Death is no longer an obstacle
You are an immortal, brave warrior, fearless of death itself. When dying in battle, you revive over and over again. Herbalists and shamans shrug their shoulders wondering why it happens, yet one thing is known for sure: only you are able to wreck plans of the goddess of death and reveal the mystery of aesirs’ vanishing.

One cannot conquer alone
Four heads are better than one! Unite with other Immortals to build a solid base more quickly and confront all together with the dead, outraging in sanctums of aesirs in the lands of Midgard.

Everyone will have something to do
Choose one of a dozen and a half classes that suits your gaming style the best: crush with a hammer in melee combat, hide in shadows and attack stealthily, rout your enemies, rule forces of fire and ice, keep a distance and strike enemies with shots from a bow or heal and enhance your allies – the list is endless! And if you want to try yourself in a new role, all you need is a few seconds for preparation and a new equipment kit!

All is fair
Trade with other families and clans to build the most beneficial long-term relationships or set up ambushes in forests, mountains, and tombs, and rob settlements of vulnerable settlements of Immortals – the choice is yours. In the harsh lands of Midgard, sirvives only the strongest.

Architect of your own fortunes
Plenty of workbenches for crafting items and dozens of blueprints will allow you to craft anything you need for glorious victories – from a roof over your head and a bandage for a wound to powerful potions and a fearsome weapon. And if it’s not enough – remember who you are, nordling, and build your own drakkar to try yourseld at sea!

Establish your inheritance
Build your own city – raise strong walls, don’t forget to provide space for craftsmen and traders, set up resorts and places of amusement. Become the most powerful ruler in the lands of Midgard that will be reckoned by everyone!

Legendary artifacts
If you believe you are ready for anything – challenge fate itself and get down to abandoned sanctums of gods to defeat the strongest enemies and try to obtain rare loot! But be careful, danger lurks everywhere in dungeons, so only the worthiest warriors will manage to reach the end and find out what happened to Odin, Tor, and the other gods! 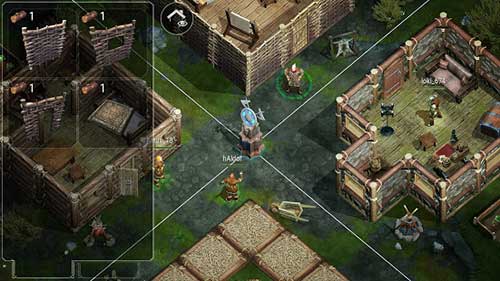