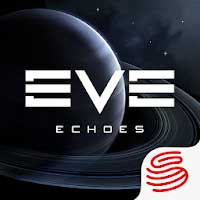 The conquest of the stars and beyond officially begins. Territorial Claim Units, Corporation Stations and Player-owned Stations are now available. The new version opens up the territories for Corporations to claim. Ambitions surge within Corporations, giving birth to schemes and power struggles. No one knows where a battle may break out in the universe. There’s only one thing that’s certain: the new era will go down in the history of EVE Echoes!

LIGHT UP THE STARMAP! THE BATTLE FOR SOVEREIGNTY OF NULLSEC HAS BEGUN
From this moment on, any Corporation can participate in the fight for sovereignty of nullsec areas! The fleet has been expanded to support up to 50 people. The thrill of battle and the will of the people.

BUILD YOUR OWN CORPORATION CITADEL! CONSTRUCT A SHELTER OF YOUR OWN WITHIN THE UNIVERSE
Corporation Citadels are now available! Build a space station that belongs to you and your companions only: a place that you can call home. This system is now yours.

PVP COMBAT UPGRADED! EPIC THOUSAND-PLAYER BATTLES ARE HERE
The time dilation system has been added, which makes it possible to have battles with thousands of people fighting at once! Ready for more kill mails?

EXPAND YOUR REIGN THROUGH DIPLOMACY AND MILITARY POWER
There’s more than one way to expand. Either through diplomacy or war, players can write the history of the galaxy themselves. 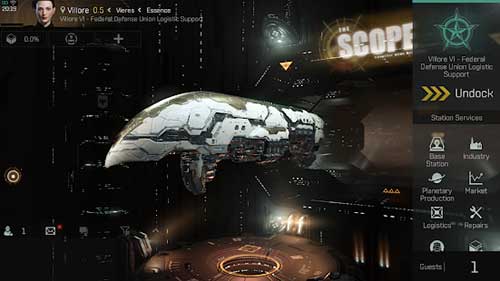