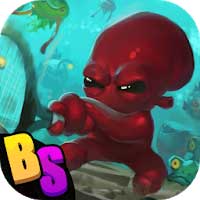 The ocean world has been thrown into disarray and chaos as Pete, the villainous God of the Sea, coerces the oceanly creatures to do his vile bidding. Play as Tack, an enraged 4-legged octopus (a quadropus!) who is tired of Pete’s shenanigans. In your epic quest to defeat Pete you will dive ever deeper into the salty abyss, slaying hordes of Pete’s minions while discovering mountains of weapons, powerups, and loot.

Get a ridiculous amount of FREE content!
Seriously, what were we thinking?
✔ Fight using intuitive controls: Easy to learn, difficult to master. Dodge, block, stab, smash, and spin your way to victory!
✔ Continue the battle forever with procedurally-generated weapons, levels, and minibosses
✔ Watch as your pet starfish vanquishes your fishy foes
✔ Dual-wield even more pets, like a bucket-throwing walrus and a head-banging shark
✔ Show off your skills in 5 epic bossfights
✔ Beat the game to discover that there is even more game! More game modes than you can shake a tentacle at!
✔ Become a Master: 23 achievements that yield gameplay-altering rewards
✔ Unearth tons of powerful artifacts that let you shoot lasers out of your face, turn your pet starfish into an explosive boomerang, and much more
✔ Upgrade your quadropus to MAXIMUM AWESOMENESS using loot earned from battle
✔ Enjoy the company of hilarious characters: Break your ribs from intense chuckling
✔ Demonstrate your prowess on Google Play Game Services (for Android 4.0 and up)

Get even more stuff using MONEY!
I mean, look how much we just gave away! Be a sport!
✔ Support our tiny studio! Want to see more awesome games? Vote with your wallet!
✔ ButterUp also gives you 5X doubloon gains: Unlock pets so fast your head will spin!
✔ Get the Orb Doubler to maximize your loot: Upgrade Tack so fast you won’t be able to keep up!
✔ Take a shortcut: You can buy all the pets and packs of loot!

What people said about Quadropus Rampage
PixelFreak “A shining example of what a free game can be.” – 91/100
/r/androidgaming Voted 16th best Android game of all time
GameWoof “From probably the best IAP system in mobile gaming, to some incredibly fun gameplay, this is a title that you seriously need to install into your Android device pronto!” – 4.5/5
AndroidSpin “It should be a crime that a game this good is free, but there it is…”
Tom Christiansen (Indie Game Mag) “Quadropus Rampage is a very lively, very fun, and very addicting game that you don’t want to miss out on.” – 91/100

About the Studio
Butterscotch Shenanigans™ is an independent studio. We make high-quality, often goofy, and punchy games designed to provide the most entertaining experience possible, while being fair to our players and to ourselves. Stay up to date with our studio at https://bscotch.net 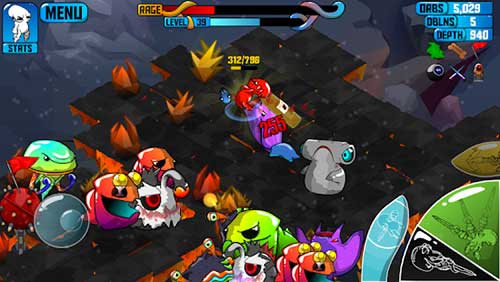