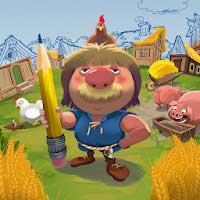 In the digital version you start from one settlement. Get enough strength and conquer more and more settlements from different factions to make your Empire grow stronger. Compare your achievements with other players in the global ranking. Can you create the most powerful empire on earth?