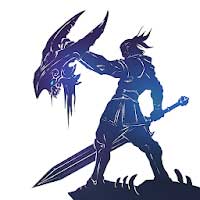 The sequel to the epic Shadow of Death with over 10 million downloads worldwide.

Shadow of Death 2 continues the story of Maximus – a warrior with a cleansed memory. He wandered in the dark, fighting demons to bring back light to Aurora – the land he once lived and to rescue the ones he once loved. And now, warriors, are you ready to join Maximus in the next chapter of Aurora? Challenge the enemies, and show them what you’ve got!

▶NEW HACK-AND-SLASH COMBAT STYLES
Experience brand new combat styles in the tale of Shadow of Death 2! Upgrade your weapons, level up your skill, then beat the enemies off with sassy combos. Attack the dark force with your stylish actions. Show off your skills and let them have the taste of your blades.

▶BEATUTIFUL RUINED WORLDS
Explore the dark fantasy world of Aurora with 6 spanking new maps. More challenges and epic fights are awaiting you in the dark, where you might have chances to meet Leviathan – the mythical dragon with deathly destructive breath!

▶THE HUGEST BOSSES EVER
Confront enormous monsters during your adventure. Get ready to challenge mysterious creatures that seem to stay only in the legends, but they do not! Fight off frog slimes, giant jellyfishes, dragons and more. It’s gonna be the epic 1 vs 100 battle, it’s gonna be fun!