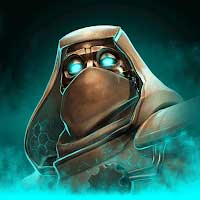 The most incredible free online multiplayer hero based battle royale on mobile. 100+ Heroes to recruit and go hunting with! Ally with friends to ensure survival!

WORLD CLASS GUN PLAY
● Cover-based, third person shooter experience with amazing console-like graphics
● Quickly swap from Hero to Hero during battle in real-time, team-based combat
● Modern and futuristic gear makes playing each hero a distinct experience; fire sniper rifles and hear the boom of energy guns
● Deploy jaw-dropping special abilities that can quickly turn the tide of battle.
● Hone your skills by controlling your heroes or play idle when on the move
● ton of weapons and guns including sniper guns,

COMMAND YOUR HEROES
● Collect legendary heroes, each with their own unique weapons and special abilities.
● Assemble the right team to take on the enemy. Mix up your roster to find the perfect combination – keep your tanks and healers on overwatch while your assassins and assault classes take down the enemy.
● Choose sniper, assault, shotgun, magic, fantasy, warrior, robot, sniper assassins, and cyborg heroes
● Play as your favorite hero and dynamically switch between heroes at any time during gameplay.
● Plunder loot after each battle, level up your heroes, upgrade your abilities and perfect your loadout.
● Immerse yourself in the single-player campaign as you fight against raiders, bandits and worse in a post-apocalyptic cityscape.
● Engage in modern combat become the ultimate hunter
●The battle is never over. Watch your hero squad dominate the battlefield.

REAL-TIME PvP TACTICAL BATTLE MODE
●Challenge your skills against other players in real-time multiplayer action-packed tactical PvP combat
●Craft a tactical squad of up to 5 heroes and dominate the leaderboards and leagues
●Join forces with your friends to build an unstoppable modern military alliance
●Beat your rivals in intense time-based event competitions focused on both solo and strategic group play.

Welcome to the Hikari Update!

New 5* Hero!
• Hikari: A steadfast warrior, who turns a strong defense into offense.

SPECIAL EVENTS!
• Urgent Mission She Shen: Join She Shen as she escapes pursuit. 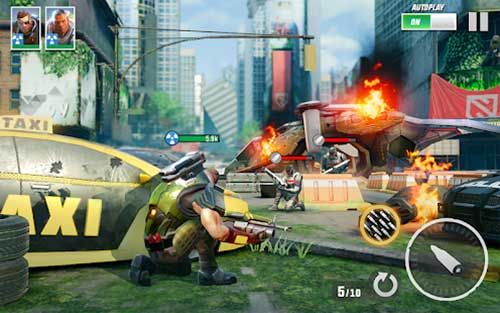