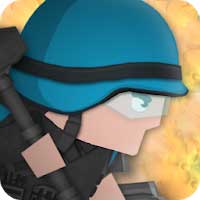 Clone your soldiers and deploy them to battlefield, one by one, before building a whole army!

How is Clone Armies different? 🔥 Because death of your troops is merely the beginning. When you spawn again as a new soldier, the previous troop will spawn as well and it will copy your actions from the previous round – you build your army step by step. Soldier by soldier.

🔹 Customize your base and arm it with different types of military equipment. Do you prefer sniper or commando for stealth approach, storm the enemy in rambo style or decide to apply more modern warfare troops, such as guided missiles or cyborg? It’s up to you, the cartoon battlefield is yours.

🔹 Build and upgrade your army of cartoon soldiers to conquer the enemy base and complete scenario campaign – then jump to the 1v1 multiplayer or upcoming solo/co-op weekly challenges. Collect rewards for your singleplayer and multiplayer victories and unlock even stronger units and base layouts to play with.

🔹Use your skills to climb the leaderboard in 1v1 multiplayer mode
or upcoming solo/co-op challenges to earn valuable rewards. 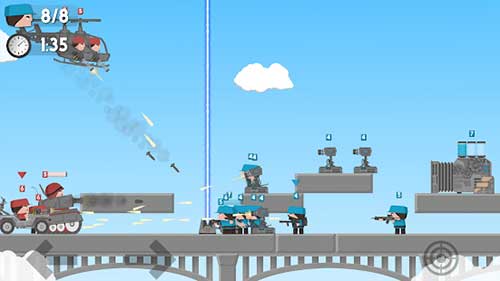