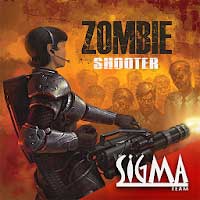 The legendary game that won over the hearts of many PC users is back to Android with a new look!

The world is in danger.
Make your way to the evacuation center, take part in the great battle for survival, and discover the cause of the invade!

Zombie Shooter is a game where you will find:

– The furious gameplay you may remember from the Alien Shooter game series.
– A full-featured game story.
– A global map with many additional tasks.
– An enormous weapons arsenal, from classic assault rifles to plasma guns.
– Plenty of boosters, including grenades, nanobots, implants, armor and medical kits.

Get ready to destroy all the zombies and save the humanity from total annihilation!

The legendary top-down isometric zombie shooter is now on Android!

—————————————————
ZOMBIE SHOOTER – HIGHLIGHTS
—————————————————
– Defeat the undead using a huge arsenal of weapons – from assault rifles to plasma guns!
– Lots of boosters and gear including grenades, nanobots, armor, implants and more
– It’s zombie carnage! Up to 100 zombies on screen at a time!
– Earn money by destroing zombies – spend it on upgrading your character and gear
– Immerse yourself in the storyline & discover the mystery behind the infection
– Huge global map with lots of missions and tasks
– 3 exciting game modes – Campaign, Survival and Gun Stand
– Earn EXP to upgrade your character and skills
– Reactive music adapts to the situation to drive up the intensity
– Take part in zombie warfare. Battle the undead. Stop the zombie outbreak

Earn money the only way you know how – by clearing the undead! Spend your hard-earned money on purchasing new weapons of carnage. From assault rifles to plasma guns and everything in between, you’ll be able to purchase and upgrade a variety of guns. There’s also plenty of other gear to help you on your mission including nanobots, armor, implants, medical kits, grenades and more!

THE POST APOCALYPSE POPULATION IS INFESTED WITH ZOMBIES, THE WORLD NEEDS YOUR HELP!

As well as enjoying the guns and mayhem of the outbreak, you’ll be able to immerse yourself in the rich, story-driven gameplay. Discover why the zombie infection started, how it spread and most importantly… who caused it. As you search for answers you may discover things that make you wish you had never started!

Be the zombie hunter the world needs. Help save the world from certain destruction
Collect your weapons, destroy zombies, stop the zombie apocalypse.
Download now!

Thank you so much your continued support. Your help allow us to continue developing and creating new, great games!
Your feedback, comments and suggestions are very important to us! 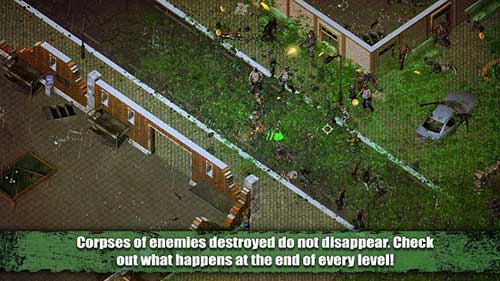