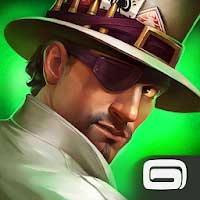 Explore a time when the Wild West was a new frontier, and cowboys, bandits and more… unnatural enemies prowled the massive, wide-open expanse in this third person shooter adventure game.

Buck Crosshaw never shot a man dead who didn’t deserve it, but now he’s an outlaw who had to fake his own death and escape to Arizona to seek redemption. But in escaping one evil, Buck is about to face another, for an ancient and wicked force stirs in the hills of this mysterious region.

EXPLORE A FREE & WILD FRONTIER
Explore a rugged, open world set on the blood red sands of Arizona and Oregon, full of dire events, dark mystery and daring challenges for you to discover. You’ll travel the path of a wanted man, dead set on redemption, as you become completely immersed in the story and red hot action. But don’t be fooled by this land’s beauty — outlaws, the living dead, and many other unnatural foes lurk behind every shadow.

ACCEPT THE CHALLENGE
Take on 40 missions with a great variety of tasks for you to overcome. You’ll race horses, take out robbers, fend off waves of enemies (living and dead), and much more along the way!

SADDLE UP
In this kill-or-be-killed land, you’ll ride free on 8 different horses while unlocking 19 weapons and a wide selection of clothes, ammo and other gear to help you on your adventure of redemption.

DON’T PAY TO PLAY
If you think a game this deep or fun has to cost you, you’re dead wrong! No real money redemption is needed to download and play this game to the end. So you can keep your budget out of the red! 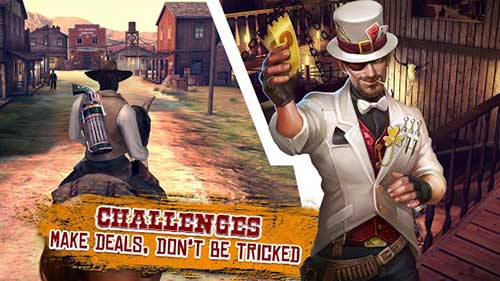