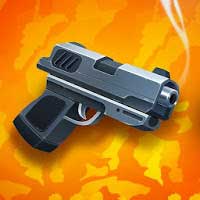 It’s not like the ones you’ve seen it before.

You need to hide, run, shoot and survive! Everything is in your hands.

LegendArya is the survival-shooting game in which you control your player with only one hand. You only control your hero’s movement, he will take care of the rest.

Position yourself wisely and there are no one to stop you.

If you like, hear the story out before the adventure of your life begins.

It all started when a doctor, who is still missing, called the largest hospital in the country and warned them.

I know it sounds crazy, but the “Zombie” virus we see in the movies was spreading rapidly.

With each new person bitten, the danger grew even larger.
Although the zombie threat might unite people for a while, it didn’t last long. New threats have occurred. Looters, rebels, mercenaries, lonely human hunters …

The number of zombies increased uncontrollably. To move from one city to another, you had to go through huge zombie hordes.

The strategies I developed to overcome the zombie hordes collapsed with the new zombie species. It’s really hard to beat them!

Who would have thought that my teddy bear Minnoş, which my mother gave as a gift on my sixth birthday, would be the key to this story?

At the age of 12, my mother and father were in a great rush after school. The expression on their faces evoked a single emotion in me; “fear”!
WHAT’S NEW 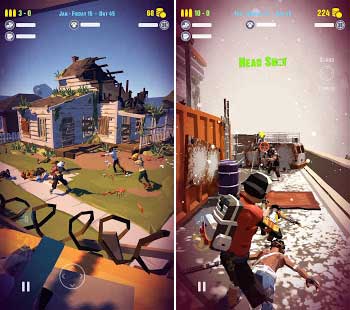