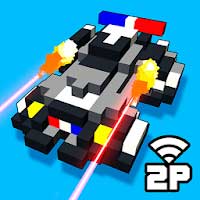 Thugs have taken over the the Hovercraft highways! Build your custom Hovercraft. Arm it to the teeth with machine guns, lasers, and rockets. Then take to the streets and rack up those Takedowns!

FEATURES
* Build a completely custom Hovercraft and arm it with guns, lasers, missiles, and more!
* Play with friends over Wi-Fi and fight through Multiplayer Survival Mode!
* Smash enemy vehicles to pieces and cause crazy chain reaction explosions!
* Equip up to 6 weapons simultaneously, and customize your loadout from thousands of possible combinations
* Long range sniper cannons? 360 degree tracking lasers? Triple fire homing rockets? How about all of them, at the same time!
* Blast your way through gorgeous rocky mountain passes at breakneck speeds
* Counter enemy weapons with dozens of unique power ups and weapon types
* Upgrade your Hovercraft squadron and become even more powerful
* Endless loot! Collect & win tons of rare, epic, and legendary consumables & gear from card packs
* Real-time damage models affect all of your Hovercraft’s systems, from weapons to thrusters
* Experience insane physics-based combat racing, like nothing you’ve played before! 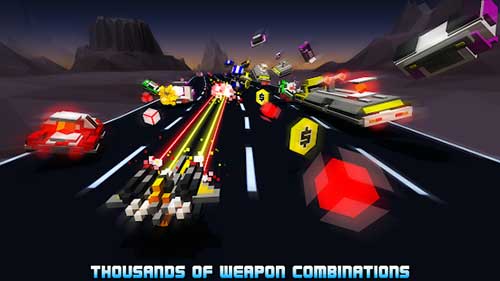