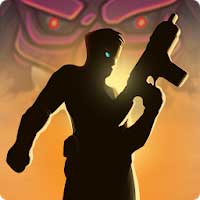 A unique blend of shooting and running arcade action game you should check out! Take control of last soldier left on this side of Hellshade and don’t leave until you escape the destruction. Keep your fingers on the trigger and blast away all of evil monsters that haunt this world. Face dreaded bosses of invaders and slip away victorious or perish forever. Run and gun until it is done!

Face the unique challenges of Hellshade Soldier game. Side scrolling run and gun game play is unique mix of 360 degrees of target shooting and obstacles avoiding extravaganza. Easy to pick up and play in short sessions, the game offers hard to master shooting challenge with fixed goal. Defeat or avoid enemies and terrain obstacles using both powerful weaponry and unmatched agility and make it to the end! Face unique enemies and bosses and emerge victorious.

– Side scrolling run and gun game;

– Amazing graphics and the background music bring the real feel!

For fans of horror themed shooting games with unique bleak atmosphere of constant dread. Game also offers rewarding skill progression system with simple gem based upgrade mechanics. Constant onslaught of enemies while on the move is what brings a unique challenge to your android device. Suitable for offline play in short bursts of fast paced shooting action! Rewarding and a bit harsh challenging game play ensures that you will be intrigued for days. You will come back for more each time you fail at reaching the escape! And you will like it!

On screen controls are easy to pick up and master in matter of seconds and if you get stuck there is in-game manual which explains everything in detail. There are no hidden in-app purchases and we are proud to mention that our in app adds are non intrusive and in a minimal amount. We value our players a lot so we would like to get your feedback regarding the game. If you like this run and jump game feel free to rate it or write a review and tell us what you like or don’t like about it as well as what we should add to improve our running game in future! 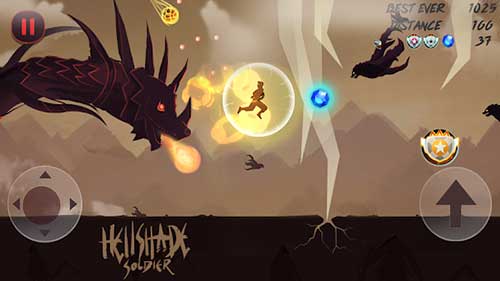