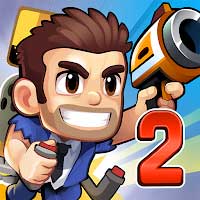 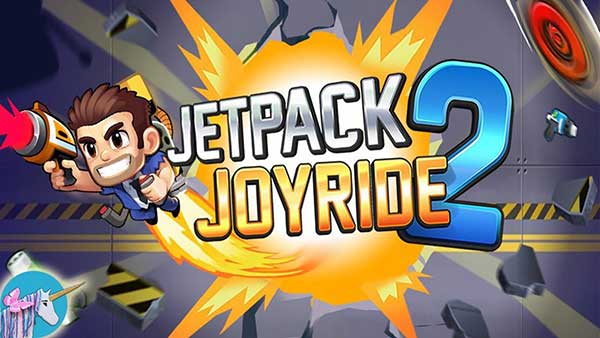 Jetpack Joyride, the most famous endless runner is back! Now with GUNS Join Barry Steakfries and discover the new shooting skill! Jump into the race, dodge multiple hazards, fly through the lab, dash and rush through new laboratories with the help of infinite bullets!

Jetpack Joyride 2, the awaited sequel of the iconic jump game, comes from Halfbrick, the creators of other mobile game hits like Fruit Ninja and Dan the Man.

Download FREE use guns and bullets to defeat the boss of the lab!

FEATURES:
⚡ Polished Gameplay: The evolution of the exciting side-scrolling jump runner game that you love!
⚡ New Shooting Mechanics: Explore a whole new dimension, new guns, with a fresh shooting mechanic and rush past a variety of modern hazards and dodge the incoming missiles. Defeat new enemies and bosses!
⚡ Enhanced Visuals: Reimagined HD graphics with smooth shooting animations.
⚡Improved UI/UX: Intuitive and easy-to-navigate menus in a fresh modern style.
⚡ Story: So… there’s more than just one laboratory? Professor Brains is back! And with him, a crew of new evil villains!
⚡ Powerups: Pick your favourite gun, a flamethrower, a laser beam and… even an umbrella! Discover all the powerups and enhance the bullets to progress to the next level!
⚡ New Vehicles: Jump on the new crazy prototypes developed by the Legitimate Research department! Feel the rush of the speed!
⚡ Jetpack Upgrades: Yes, now you can upgrade your jetpack and fly like a pro where no human has flown before! 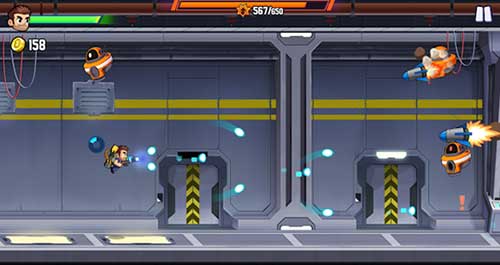