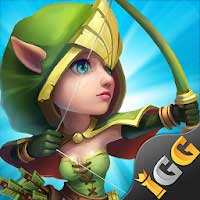 ●●● Your legacy in Castle Clash continues after 6 years! ●●●

For 6 years you have fought and survived. Now an epic new challenge dawns – Narcia: War Era! Lead your heroes into battle alongside your allies, and outsmart rival guilds to fulfill a greater, collective ambition. Step into a brave new land where you must build, develop, and protect your guild’s territory. Summon your allies to conquer mighty enemy guilds together. What are you waiting for? It’s time to take your guild to greater heights!

Packed with exciting combat and fast-paced strategy, Castle Clash is a game of epic proportions! Hire powerful Heroes to lead your army of mythical creatures. Fight your way up to become the world’s greatest warlord. Put your strategies to the test in dungeons, raids, and more! With over 100 million players worldwide, it’s always time to clash!

Game Features:
✔ Strive for glory in Guild Royale. Summon your guildmates and fight to be the mightiest guild of all in the all-new “Narcia: War Era”!
✔ Give your Heroes powerful new looks when they wear enhanced Hero Skins!
✔ Utilize the non-linear base development system to upgrade your base as you like!
✔ Enjoy seamless operation and jaw-dropping visual effects at your fingertips.
✔ Hire Heroes with extraordinary abilities to fight for your cause.
✔ Deploy loyal troops to battle! Those who survive will return to your base.
✔ Go head-to-head against another player in the Arena and be crowned the ultimate competitor.
★ Unlock Equipment for your Heroes to wield in battle.
★ Customize your Heroes and Buildings with a huge variety of Skins.
★ Earn riches and glory in Torch Battle, Fortress Feud, and Guild Wars.
★ Team up with your friends to challenge multiplayer co-op dungeons.
★ Combine forces to avert a server-wide treat, the Archdemon.
★ Develop adorable Pets into powerful battle companions.
★ Match Heroes to powerful abilities to be the next “Squad Showdown” victor. 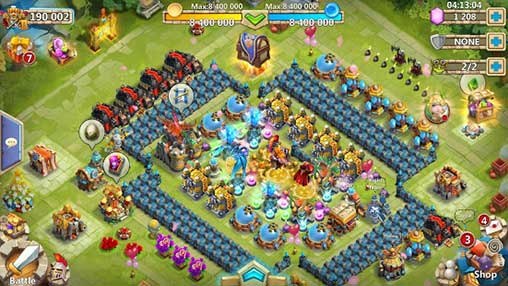