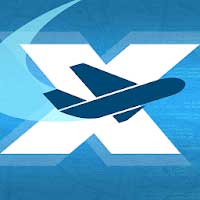 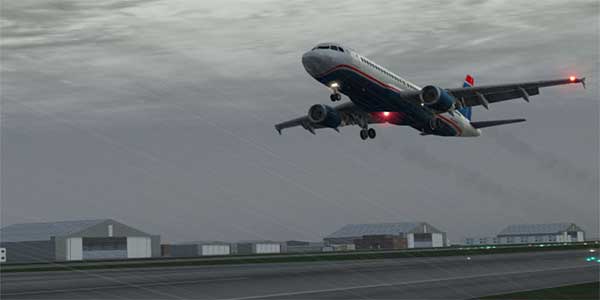 The most realistic aircraft. The world at your fingertips. It’s not a game, it’s a flight simulator.

It starts with the flight model—the same flight model used in our FAA-certified desktop simulator—that’s complete enough to model the flex in your wings & the tilt in your landing gear.

Add to that our desktop-quality aircraft with multiple liveries and interactive 3-D cockpits—so detailed you can do a full startup procedure using the hundreds of buttons, knobs, & switches in the cockpit. With working gauges, flight displays, & more, these cockpits are as realistic as those in our full desktop sim.

But aircraft are no good without a place to fly them. That’s why each of our free regions features detailed terrain, lifelike city buildings, & 3-D airports—complete with terminal buildings, jetways, hangars, & more.

Want more? Subscribe to unlock global scenery, and get access to over 37,000 airports, with more than 11,500 airports featuring 3D terminals, hangars, & more.

The app includes 2 aircraft (plus all 5 scenery regions) for free. In addition, the following aircraft are available as in-app purchases:

5 scenery regions are free for everyone!

Global scenery is available by purchasing a monthly or yearly subscription.

With a Professional subscription, you can get early access to massive multiplayer (MMO).

Come join tens of thousands of other pilots in a single, shared world!
Try the Fly-In of the Day to meet up with hundreds of other pilots, or explore the MMO world for more chance encounters.

Massive multiplayer is in early access—we wanted to get it in your hands as soon as possible—so we’re going to continue adding new features & improvements over the coming months. 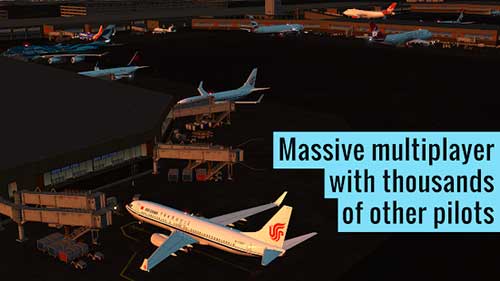