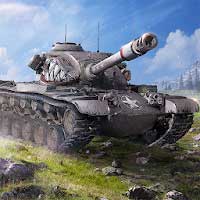 Meet the Legendary free-to-play 3D mobile Tank Shooter! Become part of the community of 100 million players from across the world. Join this modern 2020 shooting game and battle in 7×7 format on your own or with friends, research and upgrade armored vehicles, use various tactics from aggressive onslaught to stealthy survival, and win. Choose a tank and become a battlefield hero!

GAME FEATURES
• An enormous world of tanks: over 350 unique and exclusive combat vehicles with thoroughly elaborate 3D models! Historically accurate vehicles, experimental tanks based on blueprints of famous engineers, armored monsters from popular alternative universes—here they fight together!
• Dynamic 7×7 battles with different modes in over 25 battle arenas. Each combat encounter is unpredictable as outcomes depend on you and your team.
• Jam-packed action! In-game events featuring rare vehicles as rewards and battles with dramatically different gameplay. Become an invisible (and not only) hero of battle arenas in Mad Games. Test yourself in tough survival Realistic Battles. Or… become a mighty force as a little battle duck for April 1!
• A shooting game with a well-developed progression system. Research vehicles from Tier I tanks to monstrous Tier X machines. Change guns, set equipment, wear camouflage, and increase your survival odds. Tune your combat vehicle to match your playstyle and strike opponents with the sheer force of your mobile steel war machine!
• Spectacular 3D graphics that automatically optimize to your device. Enjoy the eye-catching features of every battle arena, highly detailed tank models, massive explosions, and flying blown-off turrets. Manual settings will help you find the balance between a fantastic picture and high FPS.
• Teamplay! Join forces with your friends in platoons or become a clan member to battle alongside like-minded players in Rating battles and participate in tournaments with prizes! Coordinate your actions and strike the enemy as one!

This shooting game is free-to-play. At least 2.5 GB of free space and an Internet connection required.
Learn more at https://wotblitz.com/
2020 Wargaming.net 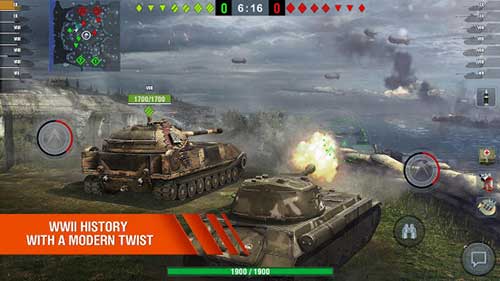