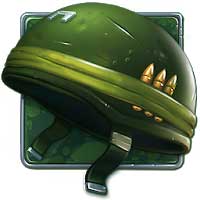 Tired of fighting zombies or preventing alien invasions? No more fiction, only real survival battle!
In game The Last Outpost you are a soldier at the frontier of your homeland, where the enemies came to invade your lands. You must develop an ultimate survival strategy, defend what is rightfully yours and win the war.
The game offers a big amount of military arsenal. You can arm yourself to the teeth with shotguns, snipes and other powerful weapons.
Enemies have invaded your homeland and they are trying to take away from you what is rightfully yours. You’re a soldier at the last checkpoint. This is the last frontier that deterrent hordes of mercenaries and enemy armed forces. Do not let them win!

Features of the game The Last Outpost:
– Furious pace and fun music excite from the very first level of the game.
– Free gifts every day!
– Staying active for 5 days will enhance your powers.
– You have exactly 6 charges to frustrate those who crossed the frontier — You better shoot straight!
– Out of ammo? Watch the video, get bonuses and continue the game.
– Join us in social networks with friends and get 1000 free coins.
This is a real survival war! Available absolutely FREE.
And remember! Rivals are everywhere — act fast and straight, and survive this difficult battle!
The game also has additional purchases in apps, for players who want to expand their capabilities:
– Double your own winnings.
– Get three times more gifts during the game.
– Reborn and continue, if you were slain.
– Restore your energy.
– Open up new weapon and defense capabilities earlier than expected by the game.
P.S. We would also like to thank the developers of the game about swamp and crocodiles (we can’t mention their names or the name of the game because of the terms) for the inspiration.

Your aim is defense of the last checkpoint. Defeat enemies and become a hero.
Download and join our free game now! 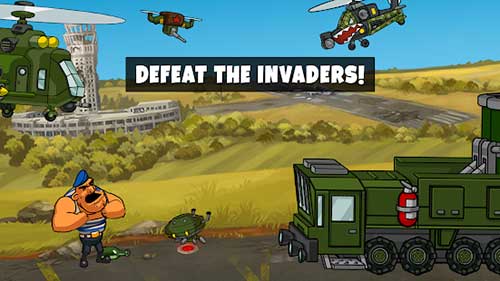