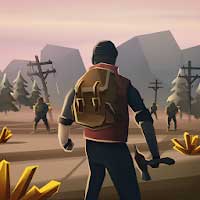 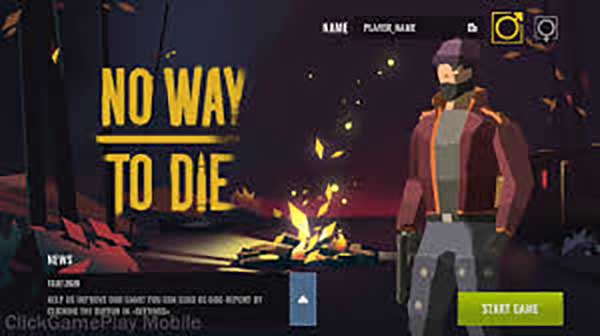 Survive in a post-apocalyptic world!

No Way To Die is a free offline post-apocalyptic survival game. Explore locations inhabited by creatures survived the apocalypse and mutated into dangerous symbionts. Collect food and resources to survive. Craft weapons and defend your shelter from the raging hordes of zombies and enemies coming each night.

Your character awakens in a secret bunker, several years after a mysterious asteroid collided with the Earth. In return for the chance to shelter their family from the disaster, your character has been given the ability to regenerate—upon death, they are reborn as a clone with all the memories of the original body. The artificial intelligence that runs the bunker sends you to the surface to assess the situation and eliminate any possible threats.

Surviving in a post-apocalyptic world is the object of the game.

No Way To Die features:
● dynamic action with a large variety of different zombie enemies
● the ability to make stealthy kills and avoid unnecessary attention
● many different types of weapons, from a club to an AK-47
● bunker defense mode—outfit and defend your shelter using strong walls or sneaky traps
● a complex crafting system giving you a wide range of options
● procedural generated locations
● a real survival simulator
● nice low poly graphics
● (SOON) a multi-floor underground location with rogue-like style gameplay

SEARCH FOR FOOD AND WATER

You must keep your current physical form alive. In the game, just like in real life, you can die from hunger or thirst. Collect mushrooms and berries in the forest, or hunt live game—this is the price you must pay to survive during a zombie apocalypse.

Collecting resources at different locations is a key factor in survival. You’ll need an axe and pickaxe to chop down trees or mine for clay and ore in the forest. You might come across trash, chests or abandoned cars which may contain something useful.

Once you leave your cozy little base, you’ll run into all kinds of different enemies: from unfriendly animals to mysterious, bloodthirsty zombie-symbiotes which can knock you out with one hit.

CRAFTING IS THE KEY TO SUCCESS

Craft different types of equipment, weapons and armor in the field to help you survive, or set up a production facility with different crafting stations in your bunker. Use these stations to craft deadly weapons and process the resources you win in battle.

Your bunker is surrounded by the ruins of a destroyed structure made from walls of varying strengths. Once you’ve handled the basics of survival, you can repair and strengthen the walls and install crafting stations or chests to store your items. Build a shelter and survive.

Your home is a safe place… until night, when they come. A horde of symbiotes hunger for just one thing: to break into your bunker and destroy it. Surround your bunker with strong walls to keep it safe. Setting up traps isn’t a bad idea, either.

LEVEL UP YOUR HERO

There are currently 50 character levels available, which can be reached by earning the necessary amount of experience and then defending your bunker at night from the hordes of zombie symbiotes.

No one knows what happened to the planet after the asteroid hit. Be the first to uncover the truth and save your family members who are still inside the bunker. New locations become available as your level increases, giving you more information about the world.
DON’T FORGET—THERE’S NO TIME TO DIE!

This game is a free-to-play survival simulator, but in-game purchases are possible in the in-game store. 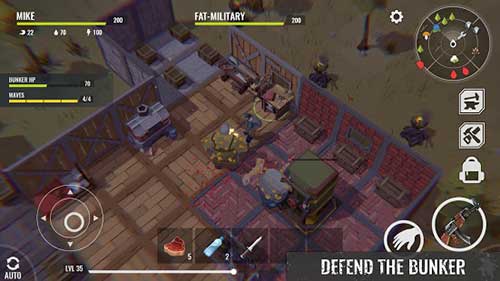