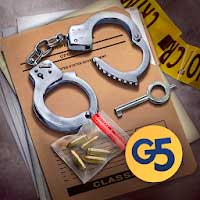 The BEST crime-solving game is calling players for duty! Are you ready to prove your detective skills and step into a riveting world of danger, betrayal … and murder? Homicide Squad is a heart-pounding hidden object and match-3 game filled with rousing gameplay and perplexing murder mysteries!

Download this captivating crime game now and embark on a highly interactive hidden object journey. Play alongside the wisecracking Detectives Turino and Lamonte as they purge New York City of criminals and restore law and order. As cases stack up on your desk, you’ll visit unique locations and examine troubling murder scenes, all the way from a bloody fountain to a man frozen in a barrel of water. Enjoy immersive gameplay and engaging storylines as you investigate haunting cases, interact with intriguing characters and catch twisted killers. Do you have what it takes to find important objects and solve a baffling crime? There’s only one way to find out! Grab your magnifying glass and put on your detective’s hat because this is one criminal thrill ride you won’t want to miss!

A string of horrifying homicides has been reported across the city in this gripping murder mystery game. To bring the perpetrators to justice and reinstate peace of mind for residents, you’ll have to:

CHOOSE your favorite gameplay mode for any scene
FIND hidden objects and use them or
MATCH gems in a row,
INTERROGATE cagey suspects,
ANALYZE strange clues, and
SOLVE mind-blowing crimes!

Plus, more criminal cases, locations, characters, quests and levels are coming in regular updates that are absolutely FREE!

This update makes improvements to the previous update featuring:
🔎NEW HIDDEN OBJECT SCENE – The body of famous actor Jack Wang has been found on a doorstep in West Village! It’s up to you to examine the scene and talk to the witnesses. Can you piece the clues together and find the murderer?
🚨MURDER IN WEST VILLAGE EVENT – Tackle 32 quests and six collections to get the New York News Medal and an Airship award, offering five universal tokens and one Police Pass every 24 hours for three months! 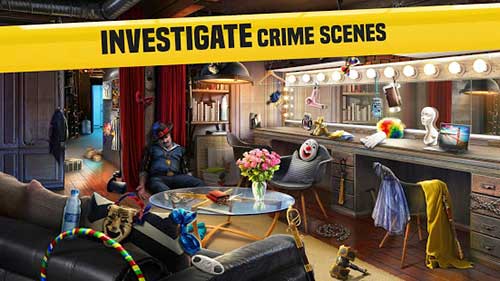