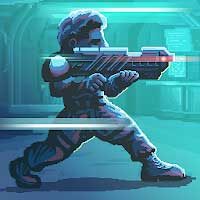 Endurance is a story-driven top-down action game with lots of guns, hordes of different enemies, huge variety of levels and super intense game-play with horror ambience and sci-fi movie references!

Differences between free and paid versions: in this one no ads, no in-app purchases, and it’s offline. Just pure joy of playing without any distraction in any place.

Endurance – is the prequel of Ailment another my game which became one of the Best Indie Games of 2019 on Google Play Store with over 500 000+ downloads.
Coming 15 of June 2020.
It’s definitely worth to dive into this dramatic surrounding and get old-school vibes from this pixel-art shooter

The story takes you to events that had happened before the original game – Ailment. The main character and his friend are going to have a journey through the whole laboratory spaceship – Endurance – to find out how the virus, that made crew members go insane appeared in the first place and how it spread out. They are going to fight their enemies and rescue other crew members who got into a trouble. And it’s going to be pretty hardcore!

So If you’re a hard-core player and a huge fan of RPG, retro, dungeon crawler, hard-core, shooter or adventure games then download Endurance right now and have hours of

fun!This app allows you to purchase virtual items within the app and may contain third-party advertisements that may redirect you to a third-party site. 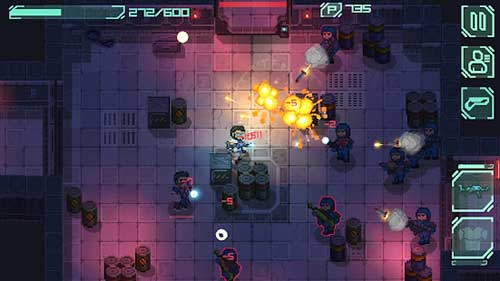