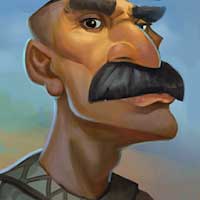 Play it with just one finger!
Simple and instantly addictive gameplay!

The game is for real lazy ones, doesn’t require a lot of time: the characters explore dungeons even if you’re offline. All you need to do is take your reward from time to time.

The combat mechanics of the PvP competition is unique to games of this genre – collected heroes may be used both for leveling and for building arena squads to compete against other players in various competitions.

Key features of the game:
– Over 100 unique characters.
– Unique PvP combat mechanics.
– 9 powerful skills to be used in combat.
– Loot equipment from monsters
– Craft new items with 1000’s of recipes
– Clans and their development.
– 8 science trees with over 100 different skills.
– Over 60 special artifacts.
– Battles with hundreds of different monsters.
– PvP-mode against other players.
– More than 10 amazing locations.
– More than 10000 levels.
– Daily tasks, quests and other objectives.

Some of game modes:
– Pass the caves and battle with the ordinary monsters.
– Search artifacts in special caves.
– Story mode which tells you about the game world.
– Battle with legendary bosses.
– Random combats with other players during the adventure.
– Arena: compete with other players.
– Mines: collect great treasures with your characters.

– The Tier 1 and Tier 2 DD heroes have become 10-20% stronger on average.
– A new science tree allowing you to open the Royal Hunt and Lair battles.
– Lairs – a cross-realm activity for the strongest clans.
– Royal Hunt – a lair boss siege where the reward is given only for the points scored by the clan.
– New classes – spider, scout, priest, barbarian, paladin, shadow knight, mechanic, wizard.
– New heroes and runes as a reward for the royal hunt.
– Added the army camp. 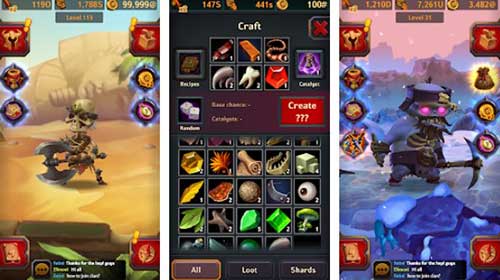