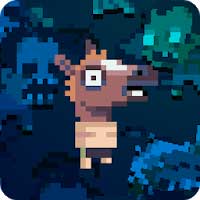 Death Road to Canada is a Randomly Generated Road Trip Action-RPG. You manage a group of jerks as they explore cities, find weird people, and face up to 500 zombies at once. Everything’s randomized: locations, events, survivor personalities and skills. There’s a different story every time you play.

Travel the Death Road from Florida to Canada, the last nation on Earth. Find special events, rare encounters, and unique recruits. Recruit a grunting super-bodybuilder who’s strong enough to pick up and throw the car. Try to teach a dog how to walk upright and shoot a minigun.

Most of all, get eaten by enormous hordes of slow, classic-style zombies.

*NOTE* A controller is required for the Android TV version.

++ This game is only available in English ++

– Designed for massive amounts of replay value.
– Supports Bluetooth game pad controllers
– Character Maker lets you put friends and family into the game.
– Meet your custom characters during your travels. Get them eaten by mistake or on purpose.
– Make tough choices in text events that change depending on your group.
– Your team has different personalities, and someone may betray the others. Be careful!
– Lots and lots of secret events and unique characters with special abilities.
– Equip a wide variety of different weapons. Splat zombies with a flamethrower, battleaxe, hockey stick, wizard staff (lightning bolt), Mjolnir, boomerang, and much more.
– Canada jokes written by a real Canadian so they’re 100% accurate.
– Get rid of all humans and make an entire team composed of dogs driving the car.
– Airhorn weapon with incredibly realistic, computer-generated airhorn sounds.

Giant new Death Road to Canada update! The KIDNEY Update has new content and major features, including co-op improvements, a Perk and Trait rebalance, and more! 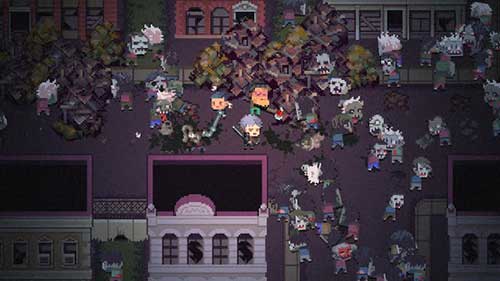