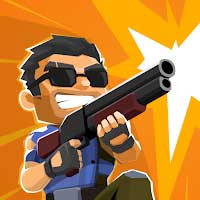 The world is in danger when zombie squad threaten to destroy everything in its path? What is your choice in this war? Will you pick up your gun and go to battle? It’s up to you.

This is a tough mission, but don’t worry! You’re not alone! Assemble your squad of heavy super soldiers and fight with them now.

Auto Hero is a 2D platformer shooting game that combines metal slug gameplay, also known as the dwarf rambo, using the pad to move around and tapping to run and gun. Unlike other platformer games free, Auto Hero: Autofire has an auto fire ammo mechanism that helps the super soldiers focus on their strategy. You play as Mr Autofire himself and battle several enemies.

Gunmans start off in a pretty beautiful forest platforming map before moving on to other locations. The run and gun pits gunman’s against a large numbers of enemies with extremely powerful weapons pick-ups. In most run and guns, contact with an enemy leads to damage. The more you advance, the more things ramp up in difficulty so be prepared.

In this action game, you can be a great bombastic metal soldier, brave gunman, use a variety of state-of-the-art weapons and fight against the zombies and evil bosses in the arena. They also have best upgraded metal slug weapons. Be careful and try your best to avoid the hurdles and traps to complete your mission in this epic action game.

Now, get ready to become a part of the super metal squad and get rid of the dead from our planet in 2d platformer shooter game.

AUTO HERO TOP FEATURES:
– Modern auto shooting gameplay, so many interesting levels and thrilling missions in the Auto Hero action game.
– Easily control your super soldier thanks to the side scrolling feature, the 2D retro run n gun easily.
– Epic battle against 100+ types of enemy and bosses. It should be your infinity shooting missions!
– 150+ rounds with 7 chapters until you take back the Earth.
– 140+ guns and many more to come in the next update.
– Role-play in different heroes, such as Bombastic Shooter, Bomberman, Gunman, Cyber Dead, Metal soldier, Robot, Spaceship, Mr autofire, Ramboat with laser beams…
– PVP – online shooting games

HOW TO PLAY:
– Auto fire ammo, the super soldier just dodge Zombie bullets
– Tap jump button to avoid obstacles
– Use coin and gem to power up your metal squad.
– Remember using power-up item to level up easier.
– Collect puzzle pieces to unlock new super soldiers. Metal squads will be extremely formidable.
– Collect all the mission stars. Are you good enough to earn them all? It’s your time to fight like a real soldier! End the war, save humanity.

Auto Hero is a true 2D platformer game free with side scrolling gameplay and art. It’s your time to fight like a real super soldier!…. Enjoy the thrill of auto shooting in 2d shooter action game. 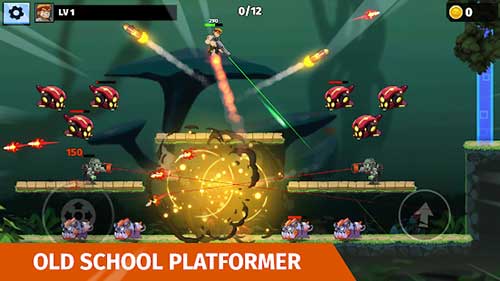